Business Class: Don’t Leave Without It

How in the world did I end up in business class? Long story short—pure luck. With fewer than thirty days notice, I found myself prepping for a trip of a lifetime. Thank goodness for connections, links and networking as all things fell into place effortlessly. I’ve never been so lucky, but also not one to kick a gift horse in the mouth. When a friend of a friend called and asked if I wanted to go on a trip with her, I graciously accepted before she could finish asking. It’s kind of a blur, but all I remember hearing was: Grand prize winner, two business class tickets to Thailand; do you want to go?

Fast-forward to an experience in travel to which I had never been privy. I always knew I had been born for business class travel and Qatar Airways catered to my ego. Not to downplay the service received at the check in counter or gate, because it was exceptional; however I do believe that life hasn’t been lived to the fullest until you are exposed to the world of Qatar Airways Business Class. True, I have absolutely nothing to compare it to, but Skytrax, the global benchmark of airline excellence, named them World’s Best Airline and I concur. They also bill themselves as an unparalleled travel experience, for very good reason. The level of service and attention by the cabin crew was phenomenal. I lost count of how many times my jaw dropped during the flight to Phuket.

Bottle service was a nice touch when we got to our seats. Not being harassed to store our luggage before the flight took off was equivalent to not taking our shoes off, pre-TSA. It was like traveling pre-9/11, like the good ole’ days. Refreshing to say the least. As we took our seats we were offered a warm moist towel to freshen up. This, I liked a lot. Our cabin attendant was so nice, pleasant and accommodating as she popped bottles and poured our champagne, that I hadn’t even noticed she had been sizing us up. Next thing I knew she was bringing us pajamas to wear, and the sizes were correct. Now that takes some skill; bring the wrong size to an overly sensitive passenger and it could set a negative tone for long flight. Luckily, we didn’t have that issue. Our cabin attendant also delivered Salvatore Ferragamo amenity clutch bags filled with perfume, lip balm and hand cream.

Menus and appetizers started rolling out before we even left the ground, and with the long haul flight we were embarking on, food itself became an event. White glove service, without the white gloves, is the best way to describe meal times. The white cloth overlay that covered our trays, actual silverware (no sporks), fresh assortments of warm bread — is this an airplane I’m on? I was amazed that at 40,000 feet, our meals were so sophisticated and prepared with a top-notch quality and flair. This was like no airline food I had ever seen before; rich, boldly pronounced flavors and picture-perfect plating made me think a food stylist was behind that little curtain. Each meal was more delicious and beautiful than the last in a nearly endless smorgasbord of courses. Cheese trays and treats by Godiva at the end, yes, another jaw dropping moment for me.

Lay-flat beds, luxurious bedding and an inflight entertainment system including noise canceling high-end headphones were a definite perk. This was the perfect combination to make the extended journey more enjoyable. Between the times I was eating, the time I was sleeping and the time I was glued to the inflight movies, I hardly noticed the thirteen hours it took to get to our destination.

Everyone has to have a first time, and now that I know better, I’ll be doing better.  After tasting the business class bubbly, I’ve acquired a taste for nothing less. Qatar Airways is indeed a tough act to follow, but I will thoroughly enjoy testing the high standards of other airlines’ business class services in the future. 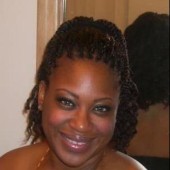 Lisa Collins-Haynes is a Freelance Writer, based in DC. She specializes in travel, entertainment and business profile writing. She's also a passport stamp junkie!

Turtle Patrol on the Florida Panhandle

Get Cultured in the Wild West at Rainbow Ranch Lodge, Big Sky, Montana