Reviewed by Christopher Klim, The US Review of Books.

“Hope’ has always stuck in my head. You hated hope, said it was misguided.”

If your introduction to Vic Chesnutt was the benefit album Sweet Relief II, you quickly moved past the great celebrity performances and asked: Who is this songwriter and why haven’t I heard of him before? If you still haven’t heard of Chesnutt—or the author of this book for that matter—you’d better go record shopping this afternoon before someone spots your musical blind spot. Regardless, in this haunting, poetic, musical road show memoir, singer/songwriter Kristin Hersh takes us inside her friendship with Chesnutt. Her experience is as insightful to a musician’s life as it is to the human existence—constantly probing and reevaluating self-understanding along with her footing on the planet.

Chesnutt, paralyzed since eighteen years of age, is a songwriter’s songwriter, whose catalogue has been rerecorded and admired for decades. He passed away on Christmas 2009 after an apparent self-induced overdose. He would likely find the sentimentality of that date to be nauseating. There was very little he wouldn’t poke fun of, including himself. He came across as somewhat twisted by life’s cruel blows and ironies, but he was beautiful as well, like a modern sculpture that acknowledges the past but rearranges it in a compelling way. As Hersh says, “he was broken in all the right places.” Listening to his songs, you had the feeling that you were always hearing the real Vic Chesnutt.

Much of this book covers a shared tour when Chesnutt was a decade or more into a brilliant career launch and Hersh was composing one of her best solo albums. You’ll understand Hersh’s must-have Sunny Border Blue better after reading this book. The line between Chesnutt’s everyday discourse and songs will be blurred. From town to town and stop to stop, as their vigilant spouses watch and occasionally mop up after them, Chesnutt and Hersh bounce off each other intellectually and emotionally, achieving spare equilibrium in one of the truly unique musical relationships.

The ending is the curtain fall you expected, although the author fights hard to meter her words while the songwriter fights just as hard to mute her sound regarding the event. Grief doesn’t get processed in a minute, a day, a year. Grief puts a new song in your head, one you never wanted to hear. Hersh sketches the loss, that song.

While a smidge more orientation would have been appreciated in general, this narrative isn’t about place and time. The writing is a lot like Hersh’s songs—focusing on moments, reflections, and the stray-dog objects that compose life. There are lines you’ll never forget, and you can’t help but love the adorable, self-sabotaging, curmudgeon Chesnutt revealed in these pages. You’ll wish you’d been there to absorb his flak backstage or in the southern sun. On balance, this book stands as a testament to the sincerity of his songwriting. 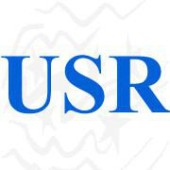 US Review of Books