Four Seasons Chef Fest on the Big Island of Hawaii

One of the most luxe Hawaiian culinary events of the year is the annual Chef Fest Food and Wine Festival on the Big Island Hawaii. Hosted by the esteemed Executive Chef Thomas Bellec at the Four Seasons Resort Hualalai, this unique Hawaiian experience is from November 13 through November 16, 2019.

This year the Four Seasons Resort Hualalai has partnered with The Private Suite at Los Angeles International Airport to ensure Chef Fest guests begin their luxury moment as soon as they arrive at the airport. The Private Suite provides guests with a personalized lounge including snacks, blankets and outdoor lounge seating. There is a private TSA screening, and BMW 7-series tarmac service.

During Chef Fest, guests who book one of the Four Seasons Resort Hualalai ten Specialty Suites will receive complimentary access to The Private Suite.  All other Chef Fest guests will receive a special rate for the door-to-door service at LAX. 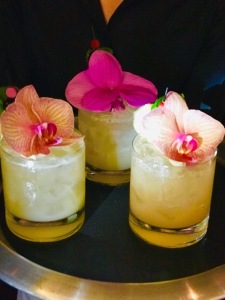 Mashama Bailey (Executive Chef and Partner of The Grey, Savannah) James Beard Award finalist, featured on Chef’s Table, and “Restaurant of the Year” by Eater.

The Chef Fest kickoff begins with brunch with the chefs at 9 am on Wednesday, Nov. 13 at the Hualalai Trading Company -Bocce Patio. Later in the day is a Cocktail Demonstration with Julie Reiner at the Beach Tree Stage. Also in the afternoon is a wine blending class featuring Domaine Anderson at the Hualalai Grille, before the Chef Fest Grand Tasting at the Hoku Amphitheater.

On Friday, Nov. 15 there is a Cocktail Demonstration with Chandra Lucariello at Beach Tree Stage. Afterwards an Interactive Cooking Class with Chef Claude Le Tohic, and a Haku Lei Class with Meleana Estes on the Beach Tree Lawn. From 2 to 4 pm guests can attend an Interactive Cooking Class with Chef Mashama Bailey, followed by a Rare Wine Tasting from 4 to 6 pm. Dinner is an Aloha Friday Beach Cookout on Kumukea Beach. 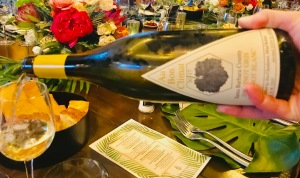 Those seeking the most of a vacation can request the Four Seasons Resort’s Experience More package including a nightly credit of up to $200, which can be used towards dining, activities, spa, and more.  For reservations call (808)325-8000 or book online.