How come, you might ask, that every so often, exquisite restaurants are found in places which nobody has heard about–except the gourmets, of course? I don’t have the answer, but I was lucky enough to have discovered just such a gem, and to be able to interview a delightful chef who is anything but a diva.

First things first; Torrevieja is a coastal resort on Spain´s Costa Blanca, approximately 100m from Alicante. I´m doing the place an injustice, saying that nobody has heard about it, because it´s quickly becoming a very popular resort for Spanish holiday makers, as well as permanent expat residents from many nations. But it is certainly not a household name like Madrid or Barcelona.

Torrevieja has no shortage of restaurants and tapas bars, but Las Columnas is one of a kind, mostly thanks to chef Antonio Sanchez Martinez, who hails from Murcia; but also because of its location and décor.

Las Columnas opened its doors just over a year ago, and has transformed the whole area. Located directly on the waterfront with fabulous views over the Mediterranean, and next to one of the landmarks of Torrevieja, ancient Phoenician columns, it was nevertheless run down, walls covered with graffiti and refuge for the odd homeless.

Phoenician columns on the waterfront

Now, it´s a beautiful place with an art deco façade, plush sofas and armchairs to provide outdoors seating, another terrace under an awning and an interior with an eye-catching wooden ceiling.

Wooden ceiling of the restaurant

In the back is a lounge, with one wall consisting of a huge aquarium with lighted bubbles, where those who don´t want to eat can have a plethora of imaginative cocktails; or else, a pre-dinner drink.

Aquarium and bubbles in the lounge

But back to Don Antonio and the food. “I am,” he says, “from a humble family. I started work at 16 behind the counter of a tapas bar in a village near Murcia. But soon I realized that that wasn´t enough for me. I was always interested in my mother´s cooking. She wouldn´t dream of buying fruit or vegetables at a supermarket. For her, only what came fresh from a tree or out of a field would do. And I am exactly the same. My passion is fish and seafood, but I also like to prepare lamb and suckling pig. The fish must come from the sea, by which I mean not from a fish farm. Believe me, you can taste the difference. My other passion is: no elaborate sauces.”

And with that topic, he really got excited. “I know that for my French colleagues, sauces are the crowning glory. For me, they ruin the original taste of any kind of meat or fish. I bring the flavor out with delicate herbs which soak into the juices. Drizzle that mixture over fish or meat and you get the real thing. Of course, the art also lies in the cooking. Fish and meat must never be dry, and vegetables should have just a little bit of a bite but shouldn’t be half-raw, as favored by the French.”

He let me look over his shoulder in his kitchen, surrounded by his staff who adore their master.

He was in the process of preparing gambas a la plancha for a table of six, sprinkled with sea salt, served with plenty of half lemons… and nothing else. Certainly, things like mayonnaise or ketchup wouldn´t find his approval.

What is your favorite dish? I asked.

“Lubina a la Murciana,” he shoots back without hesitation.

“Seabass, a very tasty fish with white meat and few bones. I will only prepare it when it´s in season.”

Next question, the obvious one, of course: How do you prepare it?

“My lubina a la Murciana is cooked in the oven. First, you make a bed of finely sliced potatoes, tomatoes and chopped garlic. On top come the filets of lubina, covered with almonds, capers and chopped parsley. Drizzle over some of the best olive oil you can find, add one or two glasses of white wine and bake in the oven for about 20 minutes. You need experience and a feeling because you must never, ever overcook the fish. The juices from the vegetables and the fish mingle beautifully, so no other sauce is needed.”

Don Antonio returned to his pots and pans and I was free to have a look at the bodega which contains fine wines and champagne; and to chat with the manager about what else is on the menu.

A few weeks ago, Las Columnas participated for the first time in the annual Ruta de las Tapas of Torrevieja, and I went to see what they had to offer. Tapas are the little snacks so popular in Spain, which started out as a piece of tortilla or a saucer full of fried little fish. They have come a long way since, more imaginative and sophisticated. Las Columnas’ were a richly decorated prawn and other little gourmet tidbits. They still make them together with their other specialties.

As New Year is coming up, they offer a set menu which consists of: A welcome cocktail; choice of five starters, among them lobster salad or foie gras with truffles; Angus filet or sole stuffed with seafood for the main course; followed by cream puff pastry, with hot chocolate and the traditional twelve grapes. Also included are all drinks and a big party, with live entertainment, for a total of €90 per person.

Generally speaking, the restaurant is not inexpensive, but also not overpriced, considering the quality and variety of its food, outstanding location and friendly staff; truly a gourmet gem in an unexpected place. 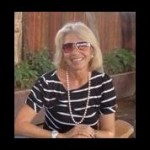 Born in Germany, Inka obtained law degrees in Germany, The UK and Spain, running her own international law firm for over 30 years in London and Marbella/Spain. A few years ago, she turned novelist, travel writer and photographer. Her novel ‘The Househusbands Club’ won Readers Favorite Award in the US in 2009. Her latest book, ‘Istanbul, city of the green-eyed beauty’ is a literary guide to Istanbul following the footsteps of authors Barbara Nadel, Orhan Pamuk and Pierre Loti. Her travel articles have been published in GoNomad, Europe Up Close, Off Beat Travel, Literary Traveler and many more. She is a regular contributor to Travel + Escape and TravelLuxury Europe. Her blog www.glamourgrannytravels focuses on her solo travel adventures around the world with the emphasis on luxury and comfort. Inka has lived in Switzerland, Miami, London, Beirut and Istanbul and has currently settled in the South of Spain.