Dashing families of history buffs usually get the short end of the stick when it comes to travel. Instead of getting to relax on beautiful beaches alongside crystal-clear seas in quaint cities with stellar shopping, they get dragged to stuffy, dark structures with teeny gift shops, while their loved ones explore hundred-year histories with smiles stretched across their tanned faces. There aren’t many locales where history and luxury meet to form a one-of-a-kind vacation.

However, it never has to be this way.

Southampton, the legendary village tucked within New York’s exclusive Hamptons, is a famous gem worthy of the hype, yet without the glitz and the gauche that some other high-class hotspots are packaged with. Never needing bright, sparkling amenities, while equipped with classic beauty and quiet luxury, Southampton is a destination finely suited to the East Coast elite with a taste for history.

As a true Jersey girl with only a few precious sunny weekends left in a much-needed summer, I decided to take a break from my chronic Jersey Shore weekends and instead, step outside the box and onto route 495 into New York to a more subdued destination.

To someone used to fluorescent-lit boardwalks, stuffed Shore cottages and loud locals, Southampton was a breath of fresh sea air from the moment we drove into this charming old-world village of weeping willows, coastal homes, pastel beach cruisers and posh boutiques. However, I still clutched my homemade list of Southampton attractions with some angst, as there didn’t seem to be many; especially not many that seemed to serve any particularly high levels of excitement.

I would soon find that Southampton never needed amenities to make it noteworthy, as all of the real attractions of Southampton lie in its natal, untouched loveliness.

Founded in 1640, Southampton was developed by settlers from Lynn, Massachusetts, and eventually became the refined beach getaway that many families came to appreciate as the years went on. I would be one of them.

First, we checked into our hotel for the long weekend, the Southampton Inn, a sprawling yet homey cottage-like inn. It was equipped with an award-winning restaurant, Café Oso, a medium-sized outdoor pool, several colorful lounging areas on the lawn, and a small, friendly library with a welcoming staff. The Inn, which was voted Best Family-Friendly Hotel by the Travel Channel, offered a complimentary shuttle to Cooper’s Beach, nestled within the exclusive Meadow Lane, of which we immediately took advantage upon arriving in the small village.

Pulling up to Cooper’s Beach after winding down the dark, romantic roads of Southampton, it is immediately obvious that this is no Seaside – the sign proudly boasts the beach’s status of the #1 Beach in America (it is consistently named one of America’s Top Ten Beaches) and islanders are dressed in designer garb and carry everything from designer towels to designer beach bags. The beach is undoubtedly nice – clean, white sand, clear waters, and no clouding of pollution or artificial lights. A thousand identical umbrellas bloom from the sand, rented from the beach shack and grill (equipped with a deck) near the parking lot.

Cooper’s Beach calls Meadow Lane home, a modest name for a lane that has a median home sale price of $18 million. David Koch, William Salomon, Calvin Klein and Gerald Ford all call the five-mile road home, and one another, neighbors. As we cruised down the road by sunset after our afternoon on the beach, it was impossible not to gaze out the window and admire the fine works of real estate art that lay just outside the car window.

One of many mansions of Meadow Lane – ©Jenna Intersimone

I was shocked to find that as we drove the lane, we came across an attraction that I hadn’t researched and set on my list – Shinnecock Bay, which lays on the other side of Meadow Lane. The Bay has many rustic docks and walkways that run into the water, where home-bound beachgoers stop to watch the sunset, fish and boat. We hung our legs over the water, scaring the minnows and snapping photos as the sun went down.

Even as we drove inland to Southampton Village and up Main Street later in the weekend, the classic glitz did not stop. Most homes on the beach-country roads had domineering gates and more hedges and trees blocking any views even to see one brick of the buildings that lay behind. When enjoying a peek, we tried to glance at their beautiful wrap-around porches, waterfall pools and private tennis courts.

As we left Southampton after the long weekend, I felt saddened to leave my step into the reality that the East Coast elite live every weekend – owners of pristine penthouses in New York City, flocking to their wealthy beach houses where they needed no boardwalks, clubs or fried food to entertain them. Instead, they were surrounded by private pools, beach clubs and tennis courts, where they took the yacht out for a spin and talked about the merits of investment.

Unlike many stereotypical beach towns, Southampton doesn’t need a loud boardwalk or storming bars to remain relevant. Instead, its undeniable elegance, exceptional quiet and prominent history makes it a hit hotspot for families looking for a globe of luxury to surround them on a summer weekend getaway.

To read the Luxe Beat Magazine version of this article click on the title Southampton, New York A Village Of Refined Seaside Luxury 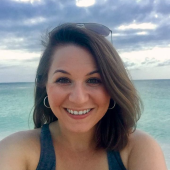