If you have been frustrated by the notoriously long passport lines at London’s Heathrow Airport, which the last time we went through there, took almost three hours, you might want to start planning your visit after April 2019 — provided you’re from one of five countries.

“We’ll open the use of e-passport gates at Heathrow and other airports, currently only available to EEA nationals, to include visitors from the US, Canada, New Zealand, Australia and Japan,” UK Finance Minister Hammond proclaimed in a speech.

Photo © Heathrow Airports Ltd. Photo is supplied for specific Heathrow-related news media use only. Image must not be supplied for third party use or added to any photo libraries, internal or external. All Rights Reserved
Heathrow Airport, Terminal 3, forecourt, November 2015.

What is the EEA?

The EEA, or European Economic Area, includes European Union member countries as well as a few others — Norway, Liechtenstein and Iceland and are allowed in the fast lanes.

People have been getting “Brexit” fever.  Many in both the UK and abroad, have become very concerned that Brexit will complicate entering the UK by air. So the answer to that anxiety is maybe yes, maybe no!

As to who gets a pass, it is largely an old boys club of course! Of the five nations listed, three — Canada, Australia and New Zealand — are members of the Commonwealth. Who has the easiest passage from country to country with the fewest visas and paperwork needed, you might ask? Anyone with Japanese passports can enter a whopping 190 countries without needing a visa or any additional paperwork. The United States and United Kingdom are tied for fifth place of honor on the list!

Happy travels and may an e-passport be with you! 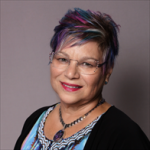 Randi Winter is a connector and curator of inspired pursuits, She is thrilled to be collaborating with Luxe Beat Magazine as a columnist and creating branded Luxe Beat experiences. She always says yes, to making a difference in the world. She is passionate about her family, friends, travel, being unique, great food and talking-story. Her mantra is "Let Your Passions Be Your Guide." She promised her mother to never lose her NY pizazz (especially when she moved to Vancouver BC.) Her company, Passionate Travel, also includes new divisions of Travel with a Cause and Cruise with a Cause. She is also an experience designer for Planned 2 Perfection. She offers insider perks, privileges and connections to luxury and experiential travellers. She Co-Founded Diabetes and Me to create a resource called Team Helping for Type 1 Diabetics and other children's books. She is the Industry Liaison for the BC Association of Travel Writers and on several philanthropic boards.