Once upon a time an Italian queen moved into a beautiful 1892 stone building in the center of Rome. The century had just turned from 19th into 20th. While she waited six years for her own palace across the street from the building to be finished, Queen Margherita, mother of King Octavio III, so thoroughly enjoyed her stay in one of the first Grand Hotels of Europe that she allowed her hosts to put the royal imprimatur on its name.

Baglioni has five hotels in Italy and three more in London, France and Marrakech. Four Baglioni hotels are Relais & Chateaux properties. Each is more stunning than the next, but the liberty-style 118-room Regina, which sits proudly on the elegant Via Veneto, just a quick minute away from the Spanish steps and the high-fashion Via Condotti, and a four-minute walk from the Villa Borghese gardens, is, in a way, the queen of Rome.

Enter the black and amber colored precious Portoro marble lobby, check out the fine woodwork from the 18th and 19th centuries, the Moroccan lamps and the abundance of brass, bronze and velvet throughout the guest rooms and you understand why this hotel is considered a triumph of Italian deco.

The guest room walls are covered in silk fabrics from the Rebosio+Spagnulo studio textile company of Milan; they match the heavy silk damask draperies at the windows, which open onto all of Rome. Amber colored marble bathtubs in the enormous bathrooms are striated with black marble.

If you fancy a little more space and luxury than the lovely guest rooms provide, the Regina offers four signature suites, each with its own special style. And if you demand what is considered the most exclusive accommodations available in Rome, you can book the incredible eighth-floor Roman Penthouse, which was reconfigured in 2013 and, despite the price, is not wanting for guests such as the Arab prince who sometimes books it for a year at a time.

The three-bedroom 1,837-square-foot penthouse (including 951 feet of outdoor terraces) comes with a private chef for three hours, a private barman for two hours, and a private limousine service for four hours. Its master bedroom boasts glass walls and a 360-degree view of the Eternal City, including the Sistine Chapel and the Coliseum. The terraces drip with bougainvillea in season and come with a private stairway down to the personal fitness room and outdoor Jacuzzi.

Apple TV, Netflix and unlimited movies on screens in every room, a black marble bathtub with golden mosaics, contemporary Murano glass chandeliers (not the traditional Venetian fluted floral shapes but hundreds of glass rings on a square of glass), fine artwork from many contemporary prominent 20th century artists and a feeling of La Dolce Vita in the city where the 1960 movie of that name was filmed, all contribute to the feeling that this suite puts you at the top of the world. At $15,570 per night, it should.

Other rooms at the Baglioni Regina are priced as low as $280 per night. They all come with an enormous breakfast buffet that even has a special children’s table with kid-friendly cereals, games, coloring supplies and toys. And the service all over the property, no matter which room you choose, is especially thoughtful of guests’ comfort and privacy. Italian luxury at its best, they call it.

The jet set meets here, and movie stars and American government VIPs stay at the Regina. The La Dolce Vita mood is enhanced by enormous photographs on the walls, of Marcello Mastroianni, Audrey Hepburn, Sean Connery and other celebrities whose privacy, we are sure, was or is well protected once they walk through the front door.

While some of the public rooms downstairs are still kept in traditional Belle Epoque luxury, others, such as the bar and breakfast and dining rooms are stunningly contemporary. The breakfast room features zebra-striped chairs and a bold painting of a male figure running to catch a plane. Chairs in the bar covered in are leopard print fabric, and the chandelier is made up of huge glass tasseled balls. Furniture in the tea room is all old wood and velvet and reminiscent of the time – 1900 to 1906 – when Queen Margherita, took tea in these surroundings.

Chef Luciano Sarzi Sartori directs the Baglioni Regina’s fine lunch and dinner restaurant, Brunello. When my husband and I dined there, the chef sent out an amuse bouche of whitefish terrine decorated with tiny flowers and followed that with a Roman-style artichoke covered with a creamy parsley sauce with bread, anchovies and pennyroyal. An onion tart with tomato ice cream (yes, tomato) and balsamic vinegar was followed by a turbot fillet with fish soup reduction whipped with vegetables and saffron threads. The sea bass fillet in a crust of Gaeta olives came in a rich sauce of stewed mussels, clams and squid.

A dessert of cinnamon and aniseed flavored pear and vin brulée-flavored sorbet was covered with a cocoa and hazelnut crumble. The always necessary chocolate decadent dessert with which every chef loves to show off, consisted in Sartori’s case of chocolate three ways: biscuit, mousse and puffed.

Too bad Queen Margherita never got to taste such delicacies.

The Regina is at Via Veneto, 72 in Rome, www.baglionihotels.com/ReginaRome.
Baglioni Hotels, members of the Leading Hotels of the World, can be found in Milan, Venice, Florence, Punta Ala in Tuscany, London, Provence and Epernay, France. And if you’re not traveling to these places, Baglioni owner Roberto Polito plans more of this style of Italian luxury coming to New York and the Middle East in the future. 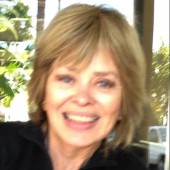 A Massage Sampler: Find the Right Rub for You

Antarctica: Voyage of a Lifetime

You have made too many requests recently. Developer accounts are limited to 500 requests over a 24 hour period (250 requests available every 12 hours). Please upgrade to a paid plan if you need more requests.