In the past, British food has been the butt of many jokes. But today celebrity chefs elevate cuisine throughout London and beyond. And when French chef, Joël Robuchon, who holds more Michelin stars than any other, declares that London trumps Paris for food, it’s time to investigate.

Like British food, hotel food also has had a bad reputation as a place to eat–and only if you have to. That all changed when many celebrity and Michelin-starred chefs began affiliating with luxury hotels.

On a recent trip I had a chance to check out some great hotel eats in both the city and the country.

Housed in the Four Seasons Park Lane, Amaranto is a gorgeous restaurant dripping in sumptuous red-and-black decor. As it is a part of Four Seasons, it’s no surprise that outstanding service starts from check-in and carries through the evening. But while the setting is formal, it isn’t stuffy. The sommelier, Jack, and I chat about wine and I learn about his background in Africa and France before my dining companion arrives.

The beautiful lounge and dining room at Amaranto

Amaranto is a modern Italian restaurant that recently appointed Romauld Feger executive chef, acquiring him from Mayfair rival, the Connaught Hotel. Feger has worked in several Michelin-starred kitchens and it shows.

I start with one of the chef’s personal favorite starters, the Sicilian Red Prawns. What makes this dish a standout is the addition of pomegranates. I never would have thought to pair the two, but the marriage of ingredients creates a wonderful flavor and texture interplay, making this one of the best cold shrimp dishes I’ve ever had. For the main course I sample the grilled fish and shellfish platter, a decadent assortment of scallop, whitefish, octopus and trout surrounding a cracked crab leg. Pescatarian heaven.

My dinner date and I indulge in the Eton Mess, a traditional English dessert of fruit, cream and meringue. In this case, the name is a culinary oxymoron. It arrives looking like a work of art, so beautiful that my friend and I are almost reluctant to break into it…almost.

The Savoy is like a good English tea: steeped strong in history. So it’s no surprise that its Art Deco-designed Kasper’s restaurant has a good story behind it.

Back in 1898 a South African diamond magnate, Woolf Joel, hosted a dinner at the Savoy for 14 people, but just before the party one guest cancelled. Joel decided to go ahead with the event, despite the fact that his group was now an unlucky 13; a superstitious diner suggested that the first person to leave the table would die. Joel laughed and left first; weeks later he was shot to death in Johannesburg. Being a five-star property, the Savoy’s customer service sprung into action and provided an additional guest for any party of 13 booked since. Initially, a member of the staff was the additional guest, but this proved problematic for privacy so The Savoy created Kasper, a cat sculpted by a famous architect. For any group of 13, Kasper is brought out, napkin around his neck, and joins the party. It has worked, and no more unexpected deaths have occurred!

Saving lives at the Savoy

I wasn’t a party of 13, so I didn’t get Kasper, but what I did get was fresh seafood, starting with the wild sea bass ceviche with a coriander lime dressing followed by a classic Dover Sole. Kasper’s takes full advantage of its location to focus on local and fresh with Loch Fyne and West Mersea oysters, Isle of Skye Lobster, and Scottish salmon. For carnivores it offers Hereford beef.

A five-star grand manor house hotel in Cheltenham, Ellenborough Park pulled out all the stops bringing in Chef David Kelman, who has cooked for both the Queen and Prince Charles. During a recent stay, Kelman came to personally cook for my group. The result was a meal fit for a king. Kelman tweaked his four-course tasting menu to work with my dietary issues. Each course was paired with wine. From Coln Valley Smoked Salmon with Capers, Shallots, Gherkins, Parsley Purée and Sous Vide Hen’s Egg Yolk to Charred Line Caught Red Mullet Rillette with Grilled Plum, Fennel and Chicory Kelman’s beautifully presented dishes were outstanding. The crowning end was the Blood Orange, Vanilla and Poppy Seed Baked Alaska.

Johann Lafer at The Gainsborough

The Gainsborough Bath Spa hotel is the most talked about thing in Bath this year, and the signature restaurant is also making a splash. Helmed by renowned Michelin Star Chef Johann Lafer, it marks his first foray out of Germany. The restaurant is true to Lafer’s “Dining without Borders” philosophy, using local ingredients to create cuisine with overtones of European and Asian cultures. A perfect example of this is Salmon Two Ways, using local fish prepared in a teriyaki style and a tartare style or the Roasted Wiltshire Lamb Rack, using local meat prepared with a Szechuan pepper crust and Thai asparagus.

The Pig on the Beach

A small 23-room shabby chic hotel on the coast of Dorset that bills itself as a restaurant with a hotel attached, tells you that they take food seriously. In fact, rumor has it that 60 percent of the hotel’s revenue comes from food and beverage. The Pig is a hard place to score a table, so make sure to book well in advance. The theme is hyper-local with a 25-mile menu. Everything is grown in the garden or sourced within 25 miles of the property. The result is a menu that tells the story of Dorset through dishes like Whole Lyme Bay Flounder & Hampshire Chorizo and Breast of Woodland Chicken & Crown Prince Squash. The vibe is English hipster, with waiters scuttling about in pink shirts, jeans and Converse. Try to arrive before sundown to enjoy beautiful vistas of the Studland Bay. The hotel stands on a site where President Eisenhower, King George VI and Winston Churchill came to watch the Allied forces train for their D-Day landing.

England may have a history that stretches back to the 10th century, but its position as a global foodie destination only happened in this century. Seeing the country through its new culinary scene is a wonderful juxtaposition of old and new, and a unique way to experience this historic vacation destination. 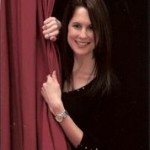 Vail Colorado: Adventure for Every Season

Clara Kasavina: The Luxury of Elegance